The Historical Harp Society of Ireland’s 2021 Scoil na gCláirseach–Festival of Early Irish Harp took place online, 25–29 July. This was a year of ‘firsts’ for the festival: 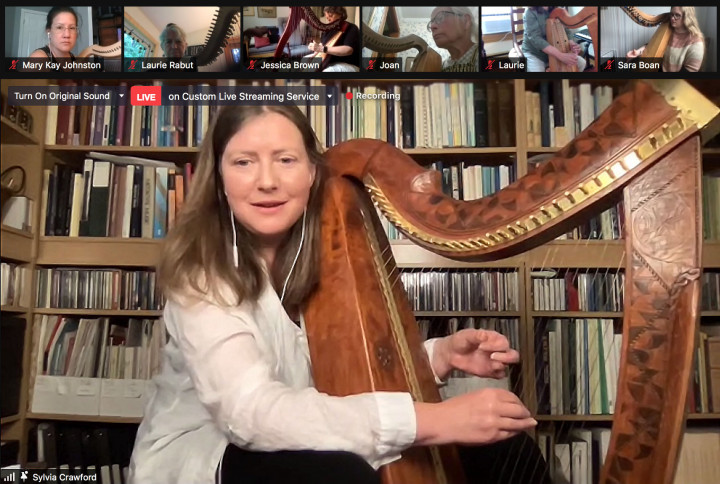 All festival events were presented through our new festival website, designed by Jason Cooke Karve, co. Waterford. Richard Begley Events provided tech. support for our live events. All live events were recorded, and are accessible for ticket-holders to view until year end along with the pre-recorded concerts and talks.

We are delighted to report that our first online festival was a great success. Feedback from session surveys was overwhelmingly positive, with 85% of responses rating the content of the festival ‘very high quality’ and an additional 13% rating it ‘high quality’.

These relaxed, interview-style sessions with Pádraic Keane, pipes; Ciarán Ó Gealbháin, sean-nós song; and Breda Keville, fiddle, allowed festivalgoers to talk to a recognised master in the living Irish tradition, to question them about their background, training, influences, style, and opinions on what is important in performing traditional music well. Contact with their deep, embedded knowledge, and ingrained style, as living Irish music masters, adds to our festival’s Historically Informed Performance approach. These masters provided fascinating, inspiring insights, and demonstrated with scintillating performances of the music closest to their hearts.

Our HHSI Lifetime Achievement Award recipient, Ann Heymann, delighted us with anecdotes and insights into her trailblazing work to revive the early Irish harp. Ann’s students, friends, colleagues, and family joined in this special event to express their congratulations and gratitude for her many years of superlative, dedicated work.

To encourage interaction and build community, we hosted live online ‘tea break’ rooms between festival events. These were very popular, as attendees grabbed a ‘cuppa’ and chatted with new friends and old, often delving deeper into music and topics encountered during the festival.

Sylvia Crawford offered sessions for players new to early Irish harp, as well as those wanting to refresh and update their technique, drawing on her in-depth study of the first tunes traditionally taught by the eighteenth-century harpers, and presented in her new book.

All of these sessions represented cutting-edge research, and were very well received by participants who, because all of the sessions were recorded, can go back multiple times as they practice the music and techniques presented in each. 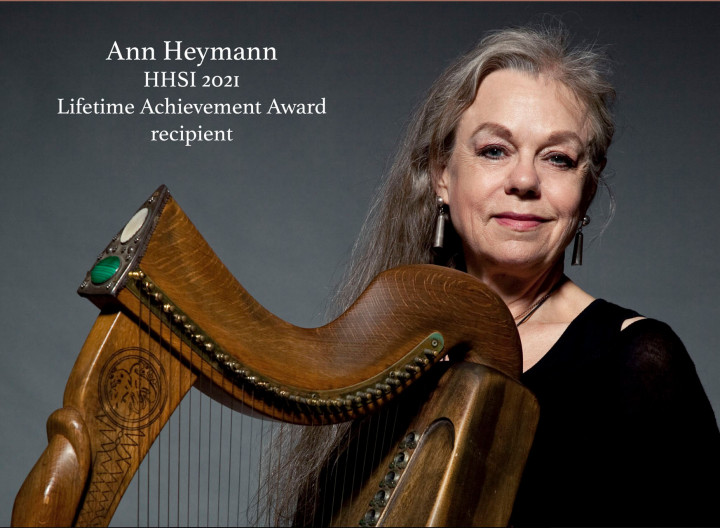 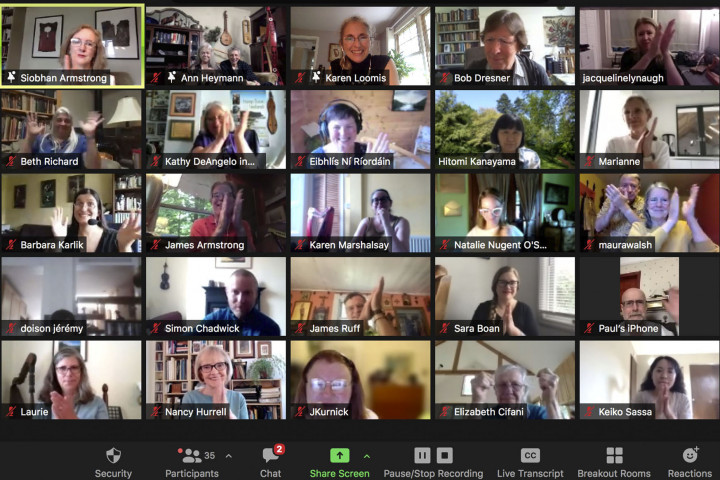 Two workshops were presented simultaneously on days 1–4 of the festival, with a single workshop on day 5. These in-depth, interactive sessions offered a wide range of topics, including historical repertoire, performance practice, modes, and making replicas of historical instruments. A particular highlight was Siobhán Armstrong’s workshop on Carolan’s performing style, in which she shared her discoveries about Carolan’s idiom, unearthed in the course of her recent PhD studies. On day five of the festival, Dr Karen Loomis and Simon Chadwick presented a virtual ‘field trip’ to the collection of historical Irish harps at the National Museum of Ireland, illustrated with 3D scans, detailed photography, and extensive information from their research.

Each day wrapped up in a relaxed online room where attendees and presenters socialised and talked about the festival events of the day. These ‘get togethers’, and the tea breaks during the day, were a popular way to engage in casual chat, and sparked many lively and fun discussions during the festival.

Five pre-recorded talks were given by experts in the field — from introductory presentations to the latest cutting-edge research. 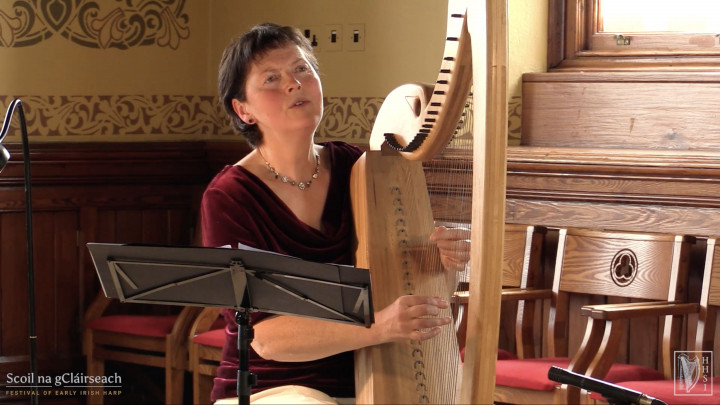 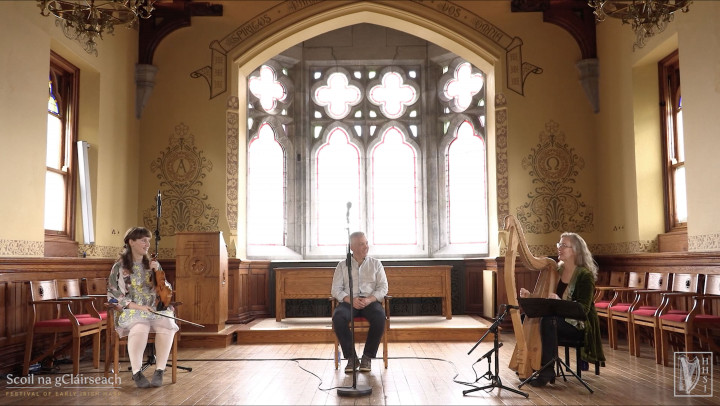 Our festival wouldn’t have been possible without the dedicated people, and funders, who helped make it happen. We would like to thank our principal funder

An Comhairle Ealaíon (The Arts Council of Ireland)

Particular thanks also to Kathy DeAngelo for inviting us to collaborate with Somerset Folk Harp Festival, and for her inspiration and guidance over the past year; to Fr. Richard Scriven, and John O’Neill, for facilitating the concerts’ recording; Jason Cooke and Mark Fallon, for designing our lovely new festival website; and Richard Begley Events, for providing tech. support for the live festival.

We would also like to thank our Scoil 2021 performers, speakers and tutors who shared their knowledge and experience, and brought rare and neglected music so beautifully to life for us. 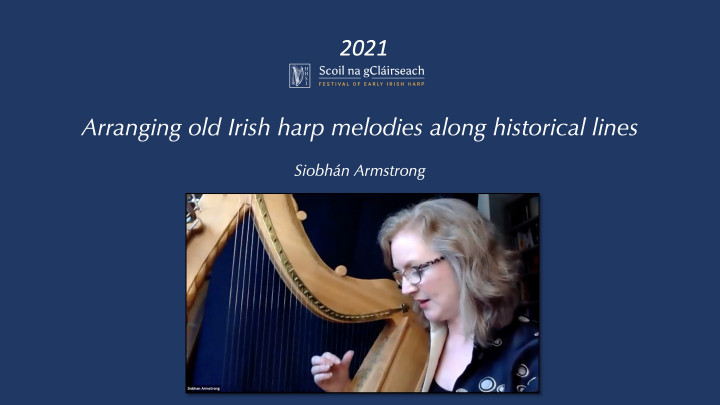 Festival Fridays on the HHSI YouTube Channel, 20 May – 3 June 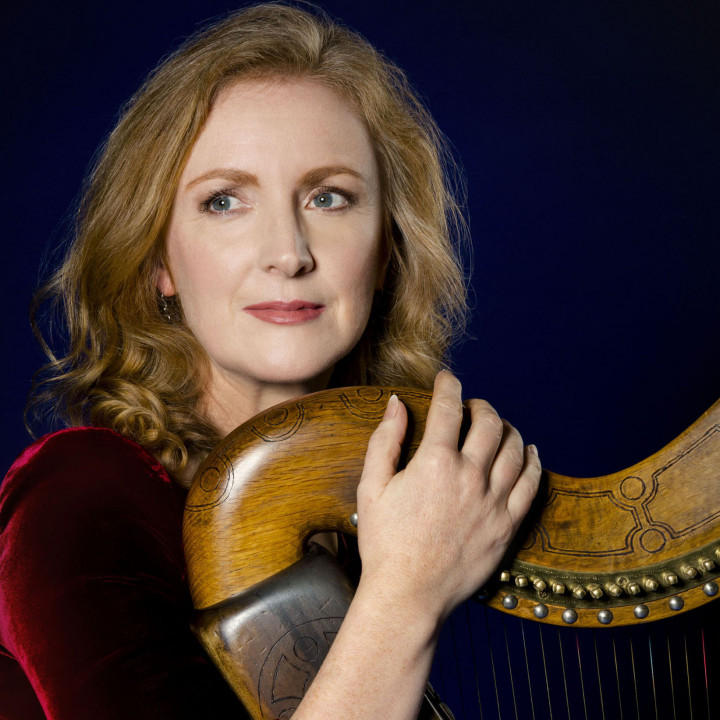 May Harpers' Gathering and Chat with an Expert

Join us ONLINE Sunday, 22 May, 2.00 – 4.00 PM Irish time for our Harpers' Gathering, and chat with our guest expert, Dr Siobhán Armstrong