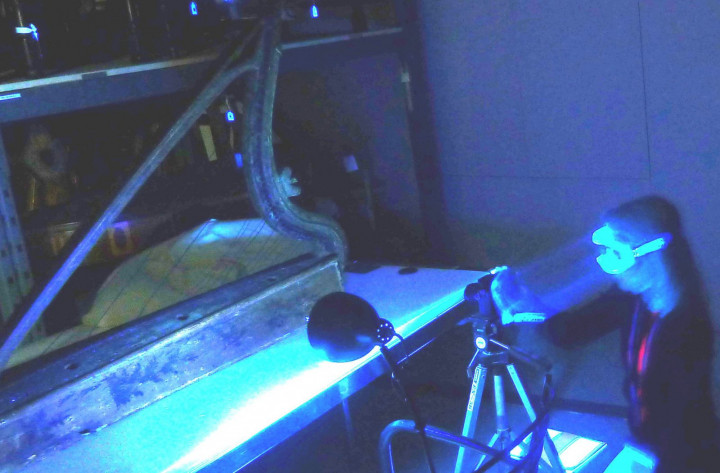 This project was undertaken to study the Hollybrook harp, a surviving 18th-century early Irish harp, to provide an accessible database that harp makers can use to build instruments modelled after it. The Historical Harp Society of Ireland has made these files available for download as a publicly accessible resource. The work was conducted by Dr Karen Loomis (project leader) and Simon Chadwick (research associate).

The Hollybrook harp broadly dates to the time-period of the Irish harp music collected by Edward Bunting in the late 18th and early 19th centuries, and is of the ‘high-headed’ form played by most of the harpers at that time. Newly-built harps modelled after historical instruments like the Hollybrook are an important resource for musicians pursuing historically informed performance of early Irish harp repertory. This project also contributes to the caretaking of Ireland’s material culture by reducing the need for future physical handling of this historic instrument.

The Hollybrook is also a rare surviving example of an early Irish harp with a pieced soundbox and, according to the description in Robert Bruce Armstrong’s The Irish and the Highland Harps, was extensively decorated with golden motifs. The decorative work he described is not visible, so an interesting research challenge for this project was to see if it could be imaged under infrared or ultraviolet light.

Examination and recording of the harp was undertaken in January 2020. The project has produced a database of information available for download. All of the files have been organized for ease of navigation from the top-level project database link, and can also be accessed from the list of links below.

The Hollybrook harp was 3D (‘laser’) scanned to create an accurate 3D computer model of its surface. The database includes a comprehensive set of cross-sections and orthographic views, plus a contour map of soundboard thickness, generated from the scan.

The Hollybrook Harp (National Museum of Ireland) on Sketchfab

A particular highlight of the project was the rediscovery of the harp’s decorative motifs, under ultraviolet light. For an in-depth discussion with photographs, see the decorative work write-up in the project report. 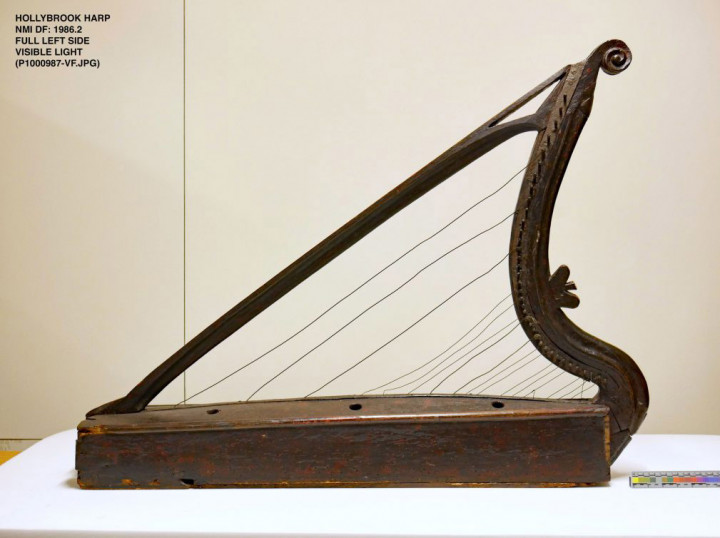 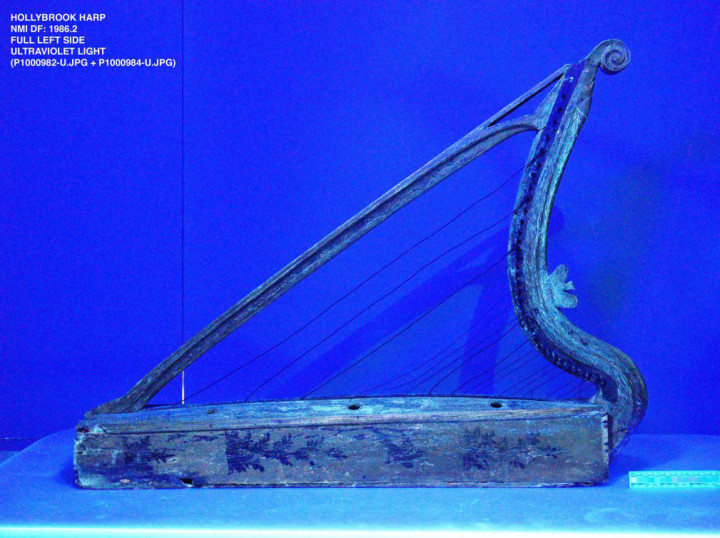 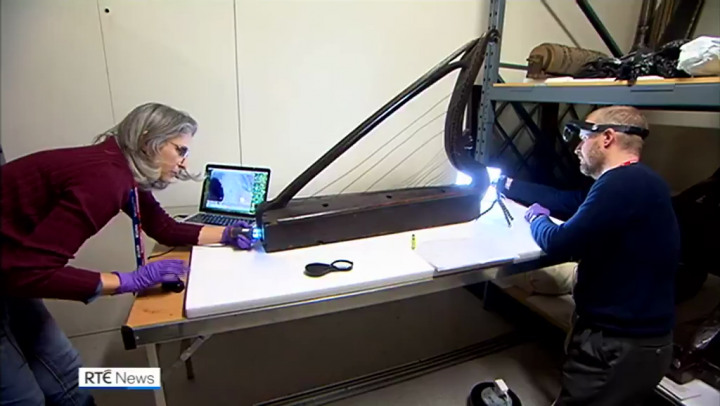 This project would not have been possible without the financial support of the Arts Council of Ireland and generous in-kind support of the National Museum of Ireland, with additional in-kind support from project leader Dr Karen Loomis, project research associate Simon Chadwick, and Brenda Malloy. We would like to thank Ciaran McCormack of 3D Printing Ireland for scanning the harp, and we would particularly like to thank Dr Jennifer Goff, Curator of the Eileen Gray collection, Furniture, and Musical Instruments, Decorative Arts & History Division, for her support of this project. 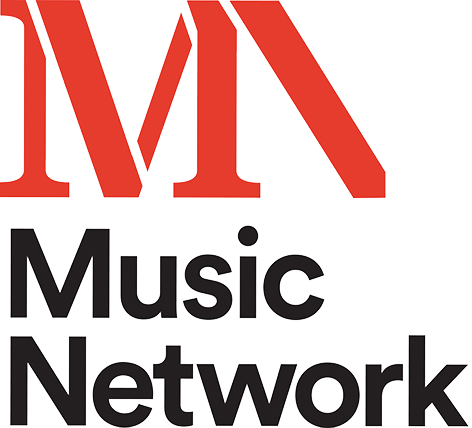