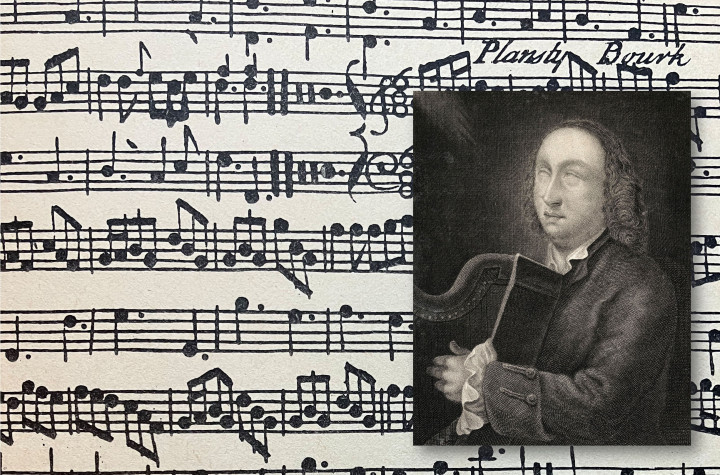 What is unusual about this course on the music of Ireland's most famous harper, Turlough Carolan (1670–1738), is that we will explore tunes you might think you know already but we will discover that what you thought you knew isn't always the 'real deal'! We will work with juicy pages from a unique Irish-harp-music manuscript of the late 1700s. These reveal more authentic versions of the tunes, and even aspects of Carolan’s own performance style. This was thought to be lost forever but partially revealed itself during my recent PhD research. I am excited to share my new discoveries with you in this course. And the one that might help you the most? It's this: Carolan’s performance idiom was much simpler than we think. So this course should help and encourage players of all levels (post-beginner+) to have more fun, and confidence, playing his music, and, in doing that, to even get us a bit closer to the ‘real’ Carolan.

Many of us are familiar with Carolan's melodies. But what if I told you that he might not recognise many of the melodies now attributed to him? And that the complicated style in which they are now usually performed – with tricky bass lines and full chords – are not at all how he is likely to have played them? The most reliable written sources – transcriptions made from live performance by old Irish harpers in the 1790s – which would get us closer to the real Carolan, have generally been ignored. Modern editions and recordings usually take much later, reworked versions of the tunes, transcribed from fiddles and flutes, or even Victorian piano arrangements, as their starting point. In this illustrated videoed talk, I outline these long-standing problems; I introduce you to the most significant – but neglected – Carolan sources from the 1700s, and I outline my recent discoveries about Carolan’s likely performance idiom, including my new hypothesis about what his lower hand played.

In this first live session, we will explore this well-known Carolan song air, looking at it in a handwritten MS of the 1790s, notated by Edward Bunting, the all-important collector of vernacular Irish harp music just before the old tradition died out. I suggest that it demonstrates a characteristic feature of Carolan's compositional style. This is no longer transmitted in modern performances of the piece but it becomes more clear if you have absorbed the new information I shared with you in the Session 1 video presentation. This will unlock how Carolan how might have played this song, and how the 'lower' hand sometimes functions in his idiom. We will begin to play the air, exploring plausible historical fingerings and string damping.

In this second session we will concentrate on playing the air. We will explore how the contours of the melody can inform us about 18th-century Italianate phrasing – with which Carolan was very familiar – and how we might add such nuance to his more European-leaning pieces to give them back all their inherent gracefulness. We will also see how the Irish-language song lyrics can also help us to shape each phrase to be as expressive as possible. There will be opportunities for those who wish to have feedback on, and help with, their individual performances of all or parts of the piece. N.B. Session two of two.

This sparkly, happy tune survives in a juicy hand-written transcription made directly from the playing of the venerable Irish harper, Dennis O’Hampsay, in the 1790s. This contains a wealth of information about Carolan’s idiom, which we will discover by examining, and deciphering, the intriguing MS page together. This will get us as close as we now can to how Carolan might have performed this piece, including what his ‘lower’ hand played. We will begin to play the tune, exploring plausible historical fingerings and string damping to help us on our way.

In this second session on the piece, we will concentrate on playing the tune, including the authentic back and forth between the hands as they share the melodic phrases. We will try to develop a better sense of how the tune informs us about the Italian-baroque phrasing that seems to be inherent to it, and how we can encourage our fingers to express that level of nuance. There will be opportunities for those who wish to have feedback on, and help with, their individual performances of all or parts of the piece. N.B. Session two of two.

The Bridget Cruise air now most commonly known and performed is actually a 1950’s recomposition of a 19th-century piper’s setting. In this session we will learn a Bridget Cruise air from within the 18th-century, vernacular harping tradition, working from a transcription made from live performance by an old Irish harper, probably the venerable Dennis O'Hampsay (?1695–1807). O’Hampsay’s life overlapped that of Carolan by several decades so this may be the closest we can ever get to a harp setting of this elegant, evocative air that Carolan composed for the great love of his younger life. We will work on fleshing out this evocative air with an historically plausible lower hand, and incorporate historical string damping for extra clarity of sound. N.B. Session one of two.

In this second session we will concentrate on playing the air. Along the way, we will examine why working from hand-written, 18th-century sources can be so enlightening; how these can get us much closer to Carolan than the 20th-century published source of his music that most harpists now rely on. We will work on training our minds and fingers to recognise – and express – nuances of phrasing suggested by the air. N.B. Session two of two.

In this course students will

Invest in developing your skills and knowledge