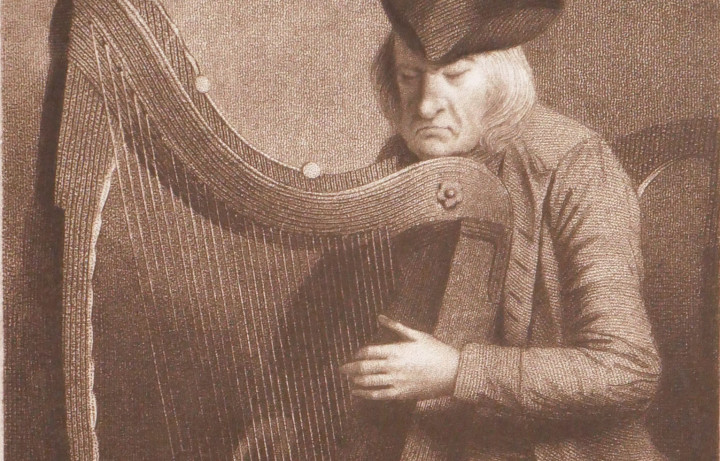 Students will learn from Dr Karen Loomis about the history and craftsmanship of the 14th–15th-century 'Brian Boru' harp, the 17th-century 'Cloyne' (a.k.a 'Dalway') harp and the 18th-century 'Downhill' harp, comparing and contrasting each instrument.

These three sessions will alternate with three led by Dr Siobhán Armstrong, who will work with participants on medieval plainchant, a 17th-century ‘port’, and an 18th- century composition played by Dennis O'Hampsay, who owned the 'Downhill' harp.

Sessions 1, 3 and 5 are Beginner+ level; sessions 2, 4 and 6 are suited to Intermediate+ players. 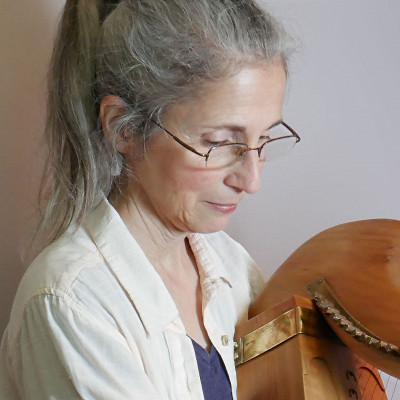 The 'Brian Boru' harp of Trinity College Dublin is one of the most recognised harps in the world. Its iconic profile appears on government documents, such as the Irish passport, and on bottles of Guinness. Presumed to date to circa the 14th–15th centuries, it is also one of the oldest surviving early Irish harps, and one of very few extant examples of the instrument's earliest surviving, 'low-headed', form. This session will introduce you to this important instrument, its form and craftsmanship, what is known of its history, and the historical context in which it was played.

This session will explore a medieval plainchant antiphon in Latin, in honour of St. Brigid, one of the three Irish patron saints, using an exquisite, 15th-century Irish manuscript as our source. We will learn to read the ‘neumes’, the medieval music notation in which it was written down, and will explore historical fingerings and approaches to phrasing – using the long vowels of the Latin text to bring the melody to life – as we bring it onto our harps, adding a simple accompaniment.

The late sixteenth and early seventeenth centuries saw significant changes in European music and in the design of harps as well. The early Irish harp also underwent changes. In this session, we will explore the 'Cloyne' (or ‘Dalway’) harp of the National Museum of Ireland, made in 1621 by Donnachadh Fitz Teige for Sir John FitzGerald of Cloyne. Although still a 'low-headed' harp like its late medieval predecessor, the 'Brian Boru', the surviving parts of the 'Cloyne' harp are from a larger instrument, with more strings and a partial second rank of tuning pins suggesting the possibility of chromatic tuning in part of its compass. We will learn about the history and craftsmanship of this harp, and compare and contrast it with the 'Brian Boru' harp.

‘Port’ means ‘tune / melody’ in the Irish language but poirt in Scottish sources may have a closer relationship with harping. The era of the Cloyne harp’s manufacture is a time where lute players and harpists all around Europe borrowed repertory from each other. So we will ’borrow’ what may be a Gaelic or Gaelic-influenced composition from a MS whose lost original is from just a few short years later. Intriguingly, the complete nature of this composition (the lute tablature in which it was written down shows the lower register too, not just the melody) shows many of the characteristics of old Irish-harp style, pre 1800, which we will discover as we learn to read the tablature and begin to play this evocative piece on our harps.

The form of the early Irish harp underwent a significant change sometime in the mid to late seventeenth century, from 'low-headed' to 'high-headed'. In this session, we will learn about the 'Downhill' harp, owned by Guinness Storehouse, Ltd., a 'high-headed' harp made in 1702 by Cormac O'Kelly. The Downhill is particularly significant because we know it was owned and played by the harper Dennis O’Hampsay (?1695–1807). Some of his music survives, as transcribed by Edward Bunting from live performance by O’Hampsay. We will explore the history and craftsmanship of the 'Downhill' harp, and compare and contrast it with the 'Cloyne' and 'Brian Boru' harps.

In this session we will explore – and learn to play – the theme of a theme-and-variation set composed by Cornelius Lyons (c. 1680–post 1750), which Dennis O’Hampsay played on the Downhill harp. We will examine a field transcription that was scribbled down in the 1790s by the young collector, Edward Bunting, as O’Hampsay actually played it. This will enable us to learn an enormous amount about authentic Irish harp style pre-1800 by  getting us as close as we now can to an historic Irish harp performance including discovering the old-Irish-harp accompaniment idiom that O’Hampsay used in this melancholic air.

In this course students will

You can no longer join this course